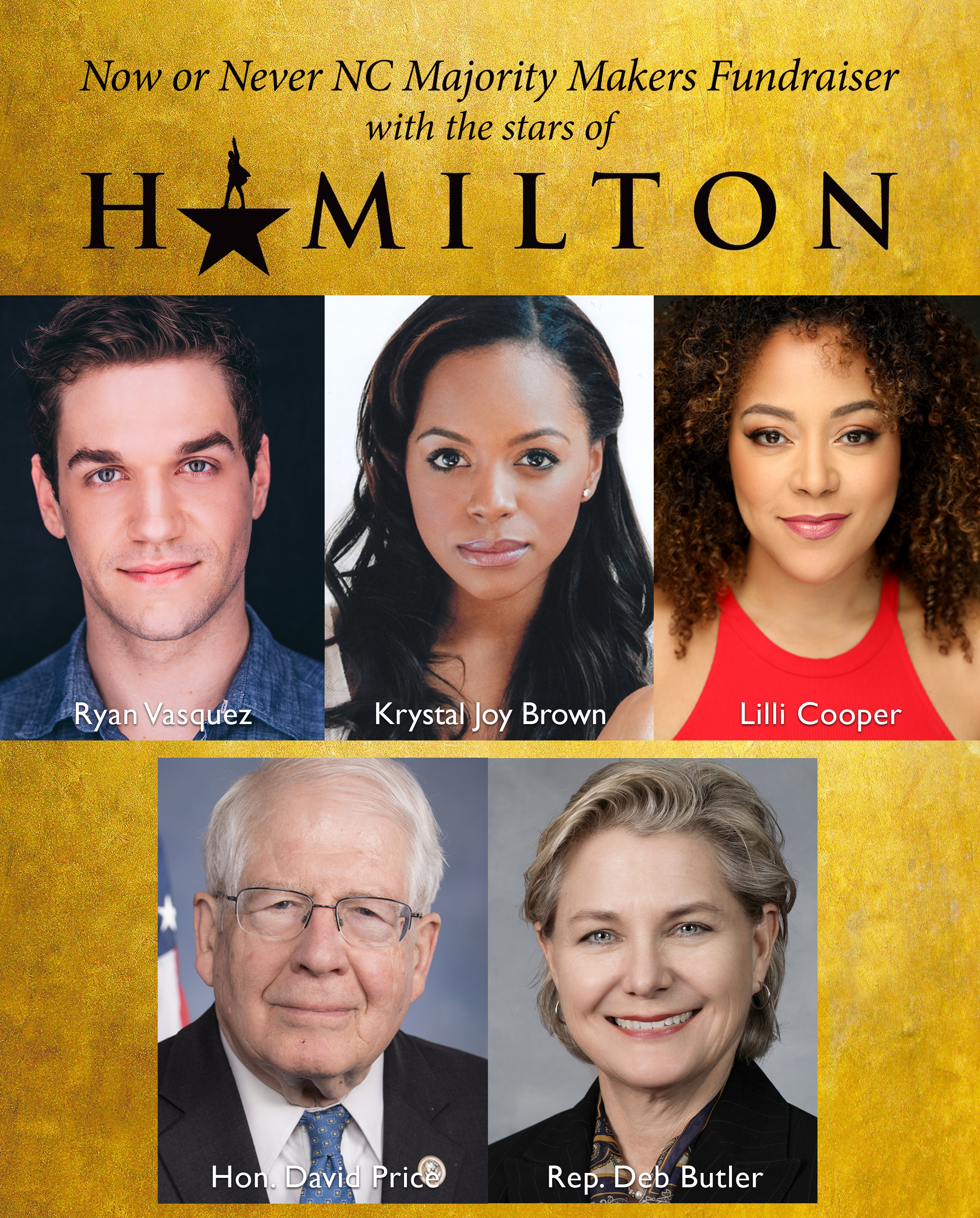 Reserve your sponsorship now by clicking here and donating $2,500, $1,000, $500 or $250. Tickets $150 or $75.
Special guest Congressman David Price, the Dean of North Carolina’s Congressional delegation, provides a candid, up-to-date political and civil society assessment.
Please grab take-out or dinner at home, take in the show and crucial dialogue. Please join us. Thank you.
We’re excited to announce that they’ll be joined by Democratic State House leader Representative Deb Butler and 15 top State Legislative challengers. Rep. Butler (D-Wilmington) is perhaps best known for her valiant "I will not yield" response to the Republican’s egregious override of the Governor’s budget veto on the morning of September 11, 2019. The sham vote was called at almost the very moment we had been attacked as a nation, and while the Governor led State 9/11 observances. We will not yield either. Now is the time we restore and defend NC’s forward-looking trajectory, for generations to come.

P.S. This month marks our seventh anniversary. Our track record is clear: we’ve helped flip 15 State House seats, thanks to phenomenal candidates, their campaigns, and you. In 2020, we intend to emphatically add to that success by helping flip both State Legislative chambers.

Because of the involvement of federal officeholders in this event, we are asking for donations of up to $2,800 per election, from any individual. We are not asking for funds from corporations, labor organizations, or other federally prohibited sources.